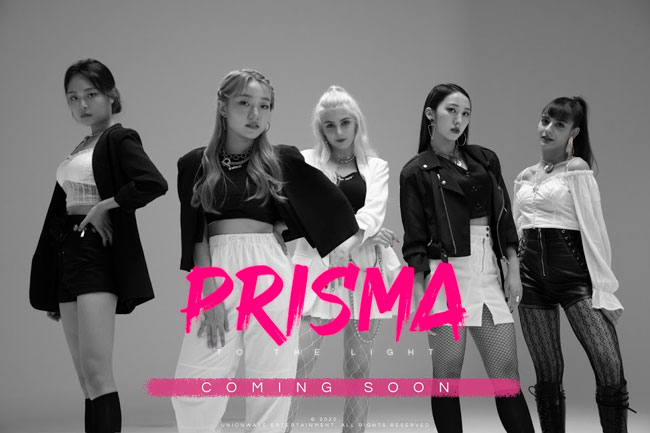 In May 2020, I sat down with UnionWave Entertainment's upcoming girl group to discuss their debut. At the time of the first article, the members were leader Gyeongmin, rapper Chaerin, dancer Najung, and vocalists Nia and Miriam. Members Najung and Chaerin are now no longer part of the upcoming debut, and fans have been introduced to rapper Sally and lead dancer Eunbyeol. Eunbyeol is a former member of K-pop group Moonlight Girls.

Now, a few months later, the girls are ready to begin their countdown to debut. UnionWave Entertainment has officially announced the name of the group: PRISMA. The group will debut with an official single and music video next month. When asked about the announcement of their group name, PRISMA said: "We are very excited because we have been waiting for this moment since the beginning of our training, and we think it's such a standout name with a deep meaning. We hope that our fans are also waiting to know our group name and soon debut. Thanks, everyone, for the support and being there for us. Fighting! Thank you".

PRISMA is a diverse group, with members from Korea, Spain, Italy, and the USA. In addition to their unique multiculturality, the groups plan to capture the hearts of audiences worldwide with a powerful and vibrant concept.

PRISMA has already gathered a network of fans via their activity on both UnionWave's Instagram and personal accounts. They have shared details of their hard work and preparation since the group was first formed in February. The girls' first single will be released on all major music platforms.

I've been following the group for a while, so I'm really interested in their music. You can keep up with them by following them on social media. Let me know what you think about PRISMA!