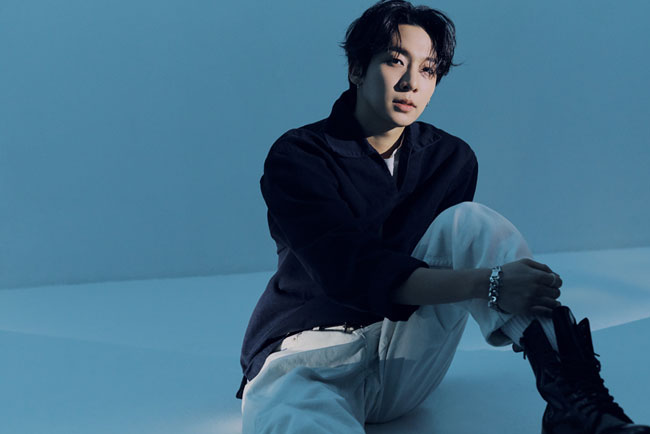 You never know when you discover your new favorite musician. I’ve been binge-listening to podcasts while I do my day to day work. One particular day, I was listening to Eric Nam’s K-pop Daebak Show (no relation to my podcast, Daebak City) when he played snippets of songs that he was currently enjoying. Most of them I had heard before, so while I nodded along, nothing really stuck to me. That is, however, until he got to DAVII. After playing the 12-second clip three times over, I decided DAVII deserved more attention from me.

I spent the next hour on his Youtube channel, trying to understand why I wasn’t more familiar with his music. DAVII isn’t just a great singer. He has rearranged the songs he covered to an RnB feel, which makes them sound better than the original, in my opinion. My favorite was his rendition of Lil’ Nas X’s Old Town Road. I know that song has been remixed fifty thousand times, but there is something about his smooth voice that had me running the song back before the video was over. By the time I reached the part of the song where DAVII tosses his hat to the side to get down on the piano, I knew I must hear his story.

DAVII, whose real name is Choi Kyu-wan, grew up being a huge fan of Rain. He would compose jazz-inspired songs but eventually get bored with it. He thought he would only write music until he discovered English jazz-pop singer/songwriter Jamie Cullum. The musician reignited DAVII’s passion for singing, and I’m glad he did. DAVII went on to release some of my new favorite songs, including a stripped-down duet of You, Clouds, Rain (Ft. Heize). In the video, DAVII plays the piano while they take turns slaying the lyrics. It’s hauntingly beautiful.

I asked him about his musical instrument ability and referred to him as a piano maestro. DAVII surprised me by replying he’s only been playing for about ten years. While he can create the sounds of other instruments with a synthesizer, the piano is the only instrument he can actually play. “I’ll work harder to become a true maestro,” he adds.

Getting down to his latest EP, CINEMA, I questioned how long it took for him to complete it. DAVII responded that after getting the title from his A&R, it took about a month for him to decide on which songs he wanted to use to tell the story he had in mind. The six-track self-composed album is beautiful with its soulful lyrics and jazzy melodies. I couldn’t decide what genre it would fall under, so I asked DAVII how he would categorize his music. “Jazz R&B.”, he replies simply. Of course, the best of both worlds.

DAVII is also the best of both worlds. Not only is he an accomplished singer, but he also has written some of your favorite songs. He’s composed music for Heize, Soyou, Super Junior, and G-Idle’s Soyeon. I asked out of all the songs he has worked on, which would he consider his favorite. He explained that while each song is special to him, it would have to be Heize’s Jenga. I’m still nodding my head in agreement.

One of my favorite songs from CINEMA is Trial and Error, a collaborative song with Babylon and Girl’s Day Minah - the guitar chords that weave in and out of the melody are so exquisite. Add that to the fact that all three were able to blend their voices together so well, I fully expect this song to rank on music charts soon.

Usually, I ask what people like to do when they aren’t creating music. Entertainment life can be so stressful, I assume that everyone has something they like to do to relax. Not so with DAVII . Even when he relaxes, his fingers will still find the piano keys so he could mindlessly tap out a tune. For DAVII, music is life. He mentions that he isn’t even sure what career he would have if he wasn’t a musician.

When I get to his fans, he explains how important and precious they are to him. “I will always be thankful and will return all the love you give with my music forever.”

I cannot thank DAVII enough for taking the time out of his busy day to speak with me. Make sure you check out his music on Youtube and follow him on social media. Which is your favorite DAVII song? Let us know on our social media!